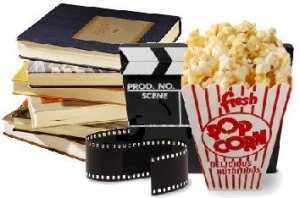 I am a source girl.

I need to know where things come from. If I am eating a meal, I prefer to know who cooked it. I regularly ruin the ending of movies for myself by checking the synopsis on Wikipedia. And when it comes to books and music, especially gospel music I have to know the story. Sometimes however, knowing the story changes how much I like the music.

Like the other day I was listening to some throwback nineties gospel tracks (I am biased to music created between 1980 and 1992) and I got hit by one of my old favourites from a singer who has an amazing voice and range. The lyrics of her songs were so deep that I just had to google her. After all, she must have had some amazing testimony of something God did in her life for her to sing a song like that. I never found such testimony. I did find out however, that she was originally an R&B artist, who after about 20 years into her career decided to do a gospel or rather ‘inspirational’ album, after which she went back to her R&B roots.

Now I’m not saying anything is wrong with R&B. But I will tell you, my heart was broken.

You mean that song didn’t come from the heart of someone who was so completely transformed that she decided to commit her entire life from then on to ministry to Christ? Nope.

This is not unusual. There are countless secular artists who drop Christian tracks that are so soulful they make you want to say the Jesus prayer all over again. Just like there are many authors who dabble in Christian fiction because the genre happens to be on the up and up.

But how should I view the spiritual offerings of a secular world? Yes, only God knows the heart, but if the majority of your art represents one concept, and a small fraction represents the opposite, which is really real?

So if an artist demonstrates from the body of his work, that he has nominal regard (at best) for the principles of Christ, how am I supposed to take this one piece where he claims to be rooting for the King? How much spiritual food can I really get from this? And for professedly Christian artists who turn around and dabble in the secular. Isn’t that confusing for your audience?

I know this is a touchy topic and people get mad but I’ll say this: Life would be simpler to navigate if people just picked a side. You want to be the next King/Queen of soul/pop/rock? You do you. But if you’re going to be for Christ, be all for Christ. Joshua said it best for me:

But if serving the LORD seems undesirable to you, then choose for yourselves this day whom you will serve, whether the gods your ancestors served beyond the Euphrates, or the gods of the Amorites, in whose land you are living. But as for me and my household, we will serve the LORD.” (Josh 24:15)